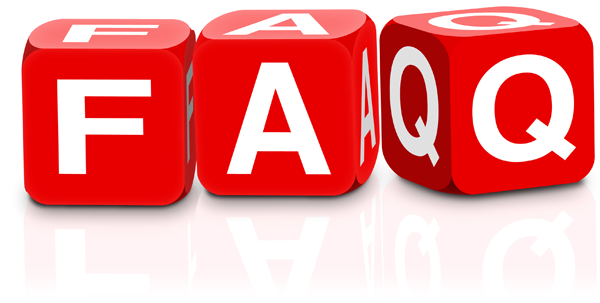 Here you will find the most commonly frequent asked questions about Freemasonry. If any of your questions or doubts about our fraternity aren’t responded here, please feel free to fill out the contact form at the bottom of the page.

What is Freemasonry?
Freemasonry is considered by many as the world’s oldest Fraternity. Scholars dispute its true origin but most agree that at least some of its history and tradition date to antiquity. Its singular purpose is to make good men better. Its bonds of friendship, compassion, and brotherly love are also known as the “Mystic Tie” are unique to Freemasonry and survived even the most divisive political, military, and religious conflicts through the centuries.

Who are the most famous Freemasons?
Many of our nation’s founding fathers were Freemasons. Among them George Washington, the Marquis de LaFayette, Benjamin Franklin, John Hancock, Paul Revere, John Paul Jones and many others. Thirteen signers of the Constitution were Masons. Fourteen Presidents and 18 Vice-Presidents were Masons. Five Chief Justices of the U.S. Supreme Court were Freemasons, as well as the majority of the Supreme Court Justices, Governors of States, of members of the U.S. Senate, and a large percentage of members of the U.S. House of Representatives.
Internationally, famous Masons included Simon Bolivar, James Boswell, Robert Burns, Edward VII, Giuseppe Garibaldi, George VI, Goethe, Rudyard Kipling, Haydn, Mozart, Will Rogers, Sir Walter Scott, Jean Sibelius, Voltaire, and many others.

What qualifications do I need to become a Freemason?
One must be at least eighteen years old to apply. Only individuals of the finest character are favorably considered for membership and every applicant must declare his belief in the existence of a Supreme Being.

How does one become a Freemason?
In short: Ask one to be one. In most Masonic Jurisdictions, an individual must ask a Masonic friend to recommend him for membership. Some lodges will accept applicants in person or in writing for initial evaluation without a prior recommendation. He must sign a petition, stating his age, occupation, and place of residence. A specailly assigned committee will investigate and interview the applicant and report their finding to the Lodge. Members of the Lodge will vote by secret ballot on his acceptance and the vote must be unanimous. The process may take several months to complete.

What is a Masonic Lodge?
Most Masonic Lodges meet at least one evening a month to conduct their regular business and vote on petitions for membership. It is here that the bonds of friendship and fellowship take place.

Why is the Lodge called Hibiscus?
Hibiscus is named after a local flower most resembling the one worn by Masons during WW II as a mode of recognition and identification with the Craft subsequent to Hitler’s closing of the Masonic Lodges in Nazi Germany. The Lodge was founded in 1948 in Miami-Beach, Florida by mostly Jewish members and chose this name in honor of all Masons who suffered and died under the oppressive hand of that regime. In 1989 the original building was sold and the Lodge moved to its present location in Coral Gables, Florida.

Why should I join Hibiscus Lodge?
The Hibiscus Lodge today is composed of mostly young professionals of a variety of fields, and is proud to have a broad, multi-cultural blend of members. The Lodge follows a Traditional Observance line, solemn dress code, stresses brotherhood, charity and spirituality but most of all it is dedicated to education. Almost every regular meeting includes Masonic Education and a special Fellowship Unit was created in partnership with the Mahi Shrine for the purpose of recreating many of the features of the traditional ancient table lodge and festive board serving as an additional venue for Masonic Education. The aspect of education is perhaps the single most important part of Hibiscus that makes it so special and unique Lodge in South Florida.

What goes on in a Lodge meeting?
The meetings typically are of two kinds. In the first, all lodge administrative issues are dealt with, including the reading and approval of the minutes taken during the last meeting, discussion and voting on financial matters, and reading and voting on petitions of new members.
In our Hibiscus Lodge there is always some meaningful time dedicated to Masonic Education. The second kind of activity involves the ceremonies and rituals of admitting new Masons, and the election and installation of the newly appointed officers.

What are the Masonic Degrees?
There are three Masonic Degrees, starting with the Entered Apprentice, continues to the Fellow Craft and concluding with the Third (or Master Mason’s) Degree. The Degrees are formal, solemn rituals and an enjoyable experience. It is within the Degrees where the principles of Freemasonry are taught and it is well recognized that no man who went through them remains the same person. Something very special is added to each individual character. Once a Master Mason, he is welcomed as a “Brother” in any of the thousands of Regular Masonic Lodges throughout the world.

What is a Masonic Oath and why take it?
The Masonic oath is a solemn promise by Masons to adhere in their conduct in lodge and society to the Masonic principles and values, not to disclose any details whatsoever of the rituals and ceremonies involved in admitting members, nor the modes of recognition by which one Mason can know another.

What Masonry isn’t?
Freemasonry is not a religion.The teachings of the Fraternity transcend all denominational and sectional divisions. It has no dogma, and promotes no specific religious belief or faith whatsoever.

Freemasonry is not a political organization, nor does it get involved in politics. In fact, politics, like religion are the two critical subjects a Mason is not allowed to discuss in Lodge.

Freemasonry is not a secret society. It is a society with secrets.

Freemasonry does not promote personal interests of any kind. Though its members are always ready to extend a helping hand to any worthy Brother or any other person, in distress.